Sometimes bright ideas are not so bright.  Like our bright idea to camp.  We wanted to camp as much as possible and located some pretty cool spots. Kerry packed the gear into her truck.  We had it all worked out.

Then the rain came.  It poured each of the nights we had planned on camping. I know people camp in the rain, but setting up in the rain, being stuck in a tent, and dealing with wet gear didn’t sound fun.  Especially folding up a wet tent.   Skipping camping did come with a benefit.  Not only did the dogs appreciate a quiet hotel room (they do not like thunder), we fit two stops into our agenda that were spur of the moment.

On the second to last day we hit HP #9 as planned (Alabama) and still had time to drive to unplanned HP #10 (Florida). 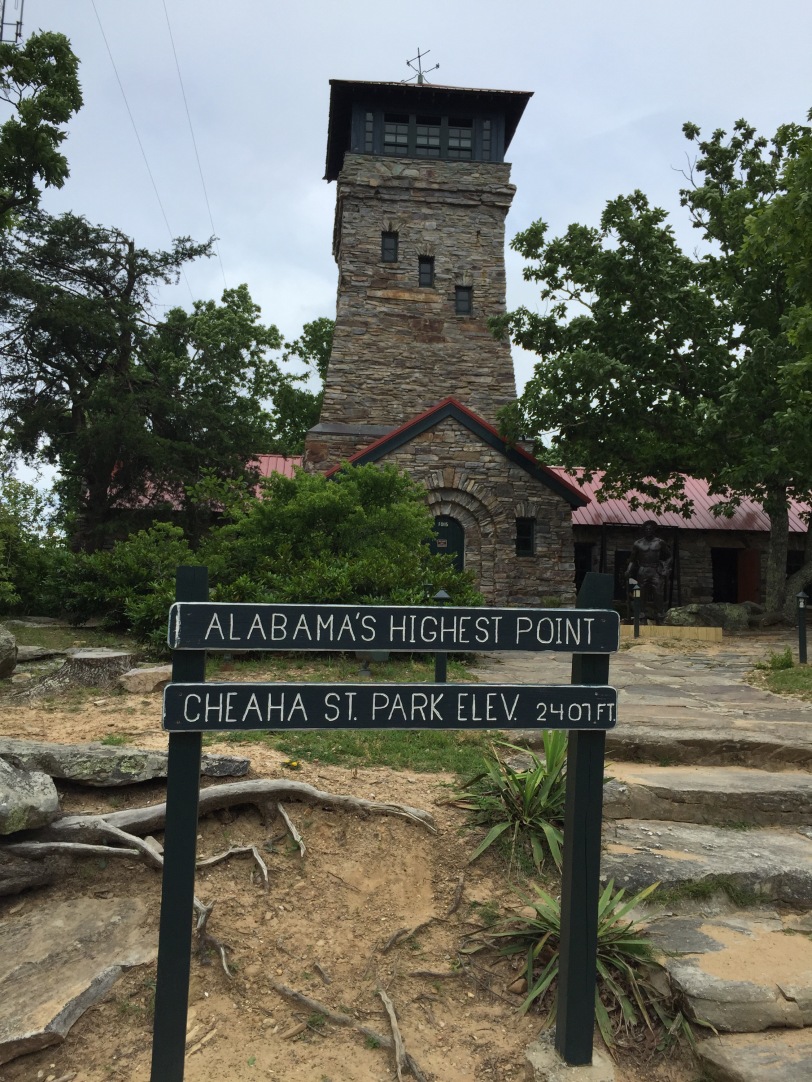 me at the Alabama HP 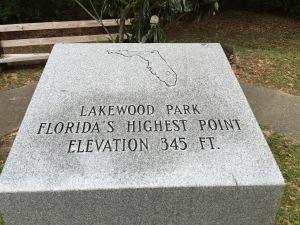 The marker at the Florida HP

The clouds were ominous when we stopped in Alabama, but we were able to go on a 1 mile out and back hike to pulpit rock with the dogs. 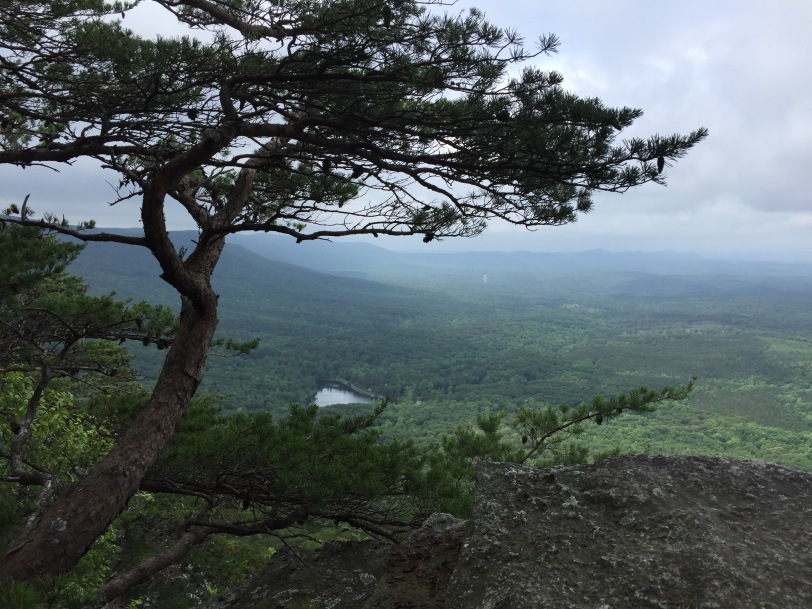 We were going to walk at Florida, but when the thunder boomed, all three of the dogs ran to the car!   We decided against the walk and motored onto a motel.

We ended up further west than anticipated, which led to our second unexpected stop; the Vicksberg National Park.  And it was a very cool stop. I am not an expert on the civil war, but now I want to learn more, especially about this battle. I was sorry we only had an hour to drive through the park.  You really need to plan on at least 2.5 hours, or all day, in order to stop and appreciate the grounds. You see the actual battleground and where the Union and Confederate lines were entrenched and memorials and cannons and an iron clad ship. 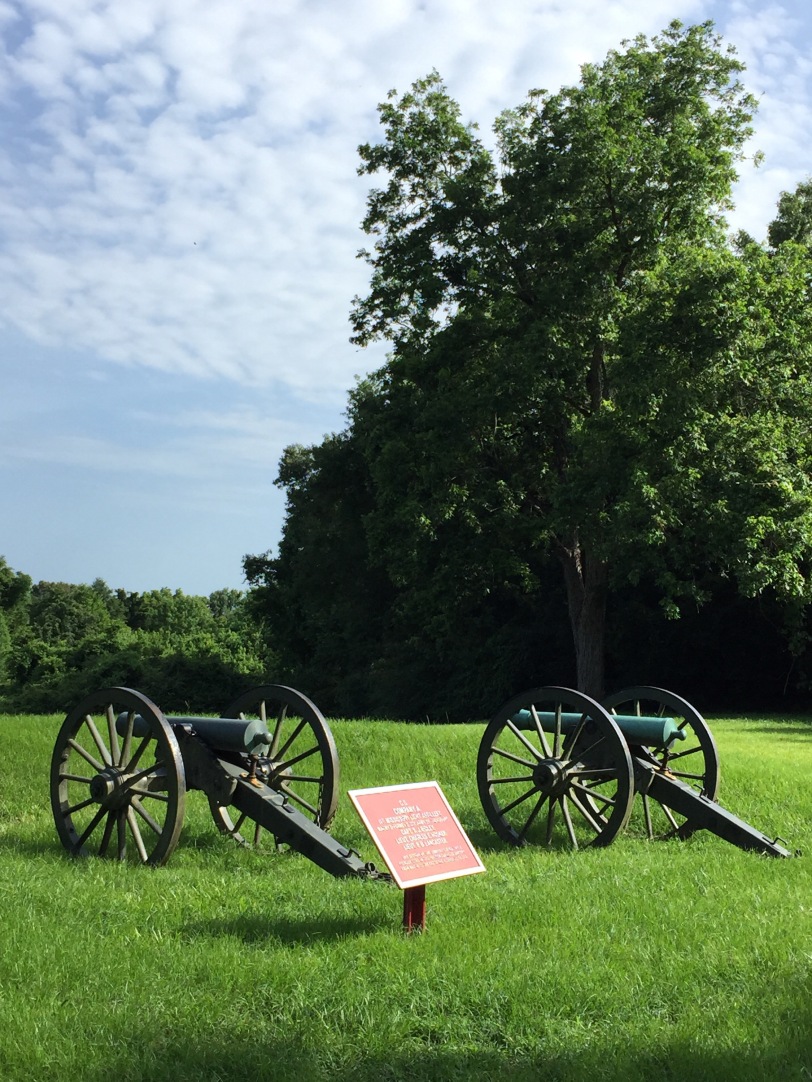 Unfortunately we were shooed out of the park at closing and drove onto our last stop before going our separate ways.

And that is the bitter sweet end.  I’m happy to be heading home to my sweet husband and yet sad to say goodbye to Kerry.

Happy trails to all of you.  Hopefully the next adventure is soon!